Round 1 is about 90 minutes underway right now and I'm enjoying the coverage on ICC.
In Nakamura-Friedel, Nakamura surprised me with 1. Nf3, but Friedel avoided 1... Nc6 that has brought him good results lately. Now we have this messy position on the board: 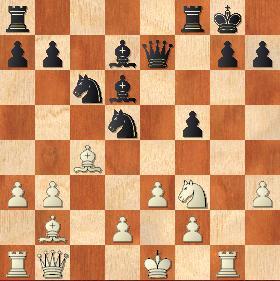 A real mess, looks like the critical line is 16.. Be6 17. Rg7+ Qg7 18. Bg7 Kg7 and now either 19. Qd3 or Qb2+ preparing to castle queenside with a nasty looking attack. Friedel will be up material so this position is officially a mess, seems like both of these players would prefer whites position even if he's in trouble.

In the game Becerra-Vigorito Vigorito surprised me... on move 2! I knew he had been playing 1.. e5 on and off lately, but what I had never seen from him was 2.. Nf6 going into the Petroff defense. They entered some pretty old theory. Now we have this position: 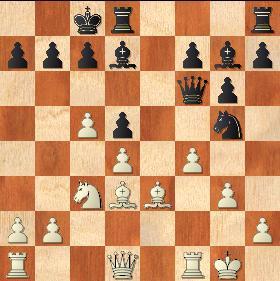 which has been played in at least 4 games I've found. I think Nh3+ is pretty much forced here then there's some idea of Rae8, I don't know what Dave has up his sleeves, but could be looking good for him, still very complicated though. Anyways, I'll try to keep you posted with a later update.
Posted by JG at Thursday, March 02, 2006