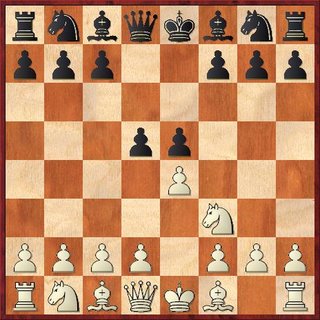 So I had been kind of lazy about putting up a post and my friend Mike Zaloznyy a one time player of the Elephant Gambit suggested that I make it the next gambit in my series. Honestly, this gambit does not particularly impress me, but some of the ideas that occur within some variations are quite nice and I think it's an important opening to understand before I can later talk about the Marshall Gambit which also involved a d5 push that sacrifices a pawn. I hope you enjoy my analysis.
Posted by JG at Tuesday, March 28, 2006